World Malaria Day: Benin continues to fight for what matters

To end malaria, Benin’s Ministry of Health and its partners are organising a series of high-level and community-based activities to mark the 15th World Malaria Day.

Launched in 2018 by 55 African heads of state at the 31st African Union Summit in Nouakchott, Mauritania the pan-African movement “Zero Malaria Starts with Me” has significantly contributed to progress in the fight against malaria, despite the negative impact of COVID-19 on the continent.

Nevertheless, despite the effective preventive and curative measures available and the significant advances in malaria control worldwide, the World Health Organization (WHO) African Region continues to pay the highest price for malaria and remains the region with the highest mortality rate. In 2020, the organization estimated that there were 241 million cases of malaria worldwide, resulting in 627,000 deaths. 95% of cases are in Africa and 96% of deaths, of which the majority,80%, are in children under the age of 5. The total number of malaria cases reported in 2020 is virtually the same as in 2000.

« In Benin, malaria remains a serious public health problem. In 2020, 2,289,948 people contracted malaria resulting in 2,450 deaths. It is and remains the first disease that concerns and troubles health workers in the country’s health facilities and is, in turn, the first cause of death in children under five years of age ».

To make progress, it is important to invest more in research and innovation deploying new tools in the fight against malaria while ensuring equitable access to prevention and treatment whilst strengthening the resilience of health systems. The advent of the RTS,S malaria vaccine for children also appears to be an additional preventive tool to strengthen the arsenal in the fight to eliminate this deadly disease.

« This year, under the theme “Harness innovation to reduce the malaria disease burden and save lives”, the World Health Organization calls for investment and innovation in new approaches to vector control, new diagnostics tools, new antimalarial drugs and other tools to accelerate progress against this disease. »

In the run up to World Malaria Day, on 23 April, a television programme on the national channel ORTB gave an overview of the state of the disease, the progress made and the challenges to its elimination. This rich debate was hosted by Dr Cyriaque Dossou AFFOUKOU, National Malaria Control Programme coordinator, Professor Gilles PADONOU, Director at the Entomological Research Centre in Cotonou, Mr Martin EDJITCHE, Director of the PIHI Com project (Community level High Impact Intervention Package – USAID) at the Bupdos NGO and Mrs Eunice LOISEL, Director of Commercial Banking at Ecobank Benin.

In Covè in Zou department, the country organised a green walk on 24 April to raise public awareness of the impact of malaria and to advocate for better prioritisation of the disease at local authority level, followed on 25 April by the official launch of the day, along with the social mobilisation fortnight.

Malaria is now also a socio-economic problem. Estimates show that Africa loses about 4.3 billion work days and 1.5 billion school days to malaria each year, and that GDP growth is reduced by 1.3% in malaria-endemic countries. Malaria has a significant impact on economic productivity, business costs and human capital development.

Now more than ever, the fight against malaria is everyone’s business: communities, policy makers, civil society organisations, the media and even the private sector. Since its regional launch in July 2020 by the Ecobank Group, Speak Up Africa and the RBM Partnership to End Malaria, the Zero Malaria Business Leadership Initiative is now in full flow in 4 African countries: Benin, Burkina Faso, Senegal and Uganda. Benin’s private sector companies are mobilising to support financial deficits in the response to the scourge.

Rightly so, throughout the month of April, twenty or so fundraising boxes were deployed in Ecobank Benin branches, at the Camp Guézo pharmacy, at HECM university sites, at the headquarters of the Mutuelle pour le Développement à la Base and many other structures. Better still, financial contributions were collected directly. This is the case for the pharmaceutical company Pharmaquick By ABT SA, which has provided 1 million in support and the Polyclinic St Vincent de Paul, which has supported the Fund with FCFA 500,000 CFA. Going further, the Champion Dr Annabelle EKUE HOUNKPONOU launched the “1 employee = 1 mosquito net” campaign with several pharmacies and clinics in the area.

« Businesses with the resources can help fill the funding gap in the fight against malaria through direct societal actions and simple tools to achieve tangible results in the elimination of this deadly disease ».

Lazare Komi NOULEKOU, Managing Director of Ecobank Benin and President of the Professional Association of Banks and Financial Institutions of Benin (ABEPEF)

More than FCFA 65 million has been mobilised to date from private sector companies, led by Ecobank Benin. These funds complement the many actions that the Zero Malaria Business Leadership Initiative has been carrying out for almost two years since it was launched in Benin.

Malaria continues to be a heavy burden on the health system, despite efforts to reverse the trend dramatically. To this end, the Government of President Patrice TALON and the technical and financial partners (TFPs) have made strong and historic commitments to mobilise additional resources to combat the disease.

« Today, the fight against malaria in Benin faces important challenges: high coverage of long-lasting impregnated mosquito nets; the definition of new strategies for their effective use by the community, the improvement of intermittent preventive treatment in pregnant women and infants through the Expanded Programme on Immunisation and the seasonal malaria chemoprevention campaigns, the digitisation of interventions, the deployment of the new RTS,S malaria vaccine, and ultimately, the elimination of malaria…Faced with these many challenges, it is urgent to think of innovative strategies for mobilising additional resources ».

Prof. Benjamin I. B. HOUNKPATIN, Minister of Health

Because no child and no pregnant woman should die from malaria, Benin’s technical and financial health partners reaffirmed their unwavering commitment to support the efforts to control malaria by working in synergy and in close collaboration with the Benin Government, communities and implementing partners to achieve its ambition expressed in the Government’s Action Programme (PAG2 2021-2026) which is to sustainably increase the social well-being of the populations by improving their access to basic social services and to social protection.

« The fight against malaria is an essential pillar in the promotion of human capital and human rights, especially for children and women, and represents an opportunity to fight global inequalities. It rightly contributes to the promotion of SDG3, which aims to allow all people to live in good health and to promote the well-being of all people at all ages. I am speaking for all the Technical and Financial Partners in the health sector to reaffirm our commitment to the fight against malaria ».

The Global Fund is currently in its 7th replenishment cycle which will cover its implementation for the period 2023-2025 with the goal of mobilising at least US$18 billion. On the eve of the Global Fund replenishment conference and on this world day, the Ministry of Health through the National Malaria Control Programme, with technical and financial support from Speak Up Africa and in collaboration with the United States Agency for International Development (USAID) and Ecobank Benin, held an opening of the photo exhibition to advocate for the mobilisation of national resources and an increase in external resources.

The Vice-President of Benin’s speech on commitment and advocacy made an impression. She described a list of basic measures to reduce the risks of contamination, while calling for a general mobilisation to arm ourselves with good will, determination and perseverance in the same struggle and to keep the same vision.

« It is the fight for life that unites us at this advocacy photo exhibition… Much more than other diseases, a child dies of malaria and four pregnant women die because of malaria every thirty seconds worldwide. No country in the world can prosper with a sick population and humanity can, if it wishes, end malaria. All the actions necessary to eliminate malaria require enormous resources that the state alone cannot mobilise, hence the need for contributions from public and private partners, both internal and external. »
…
« We invite companies to make their commitment to malaria eradication a social priority ». 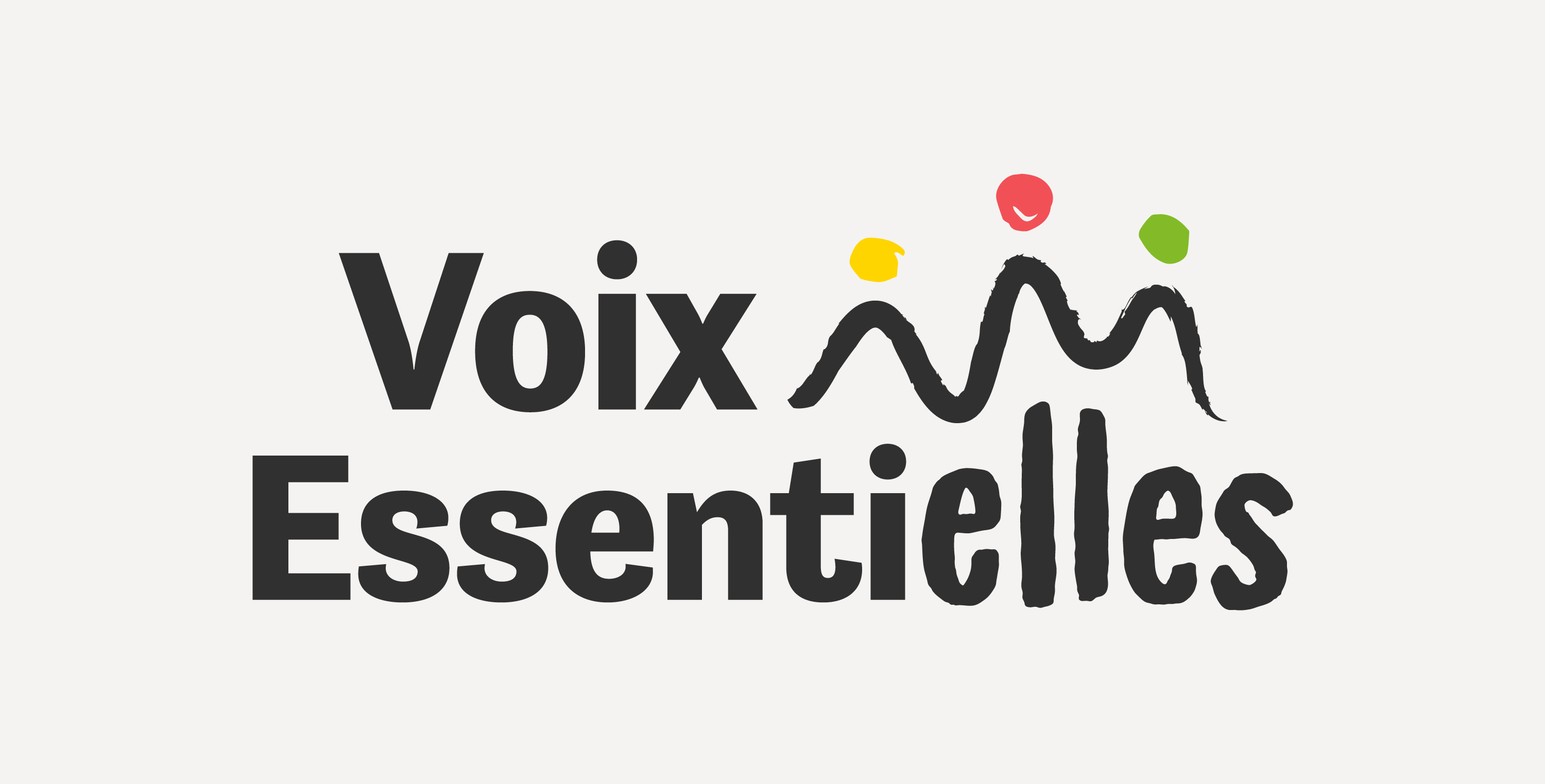