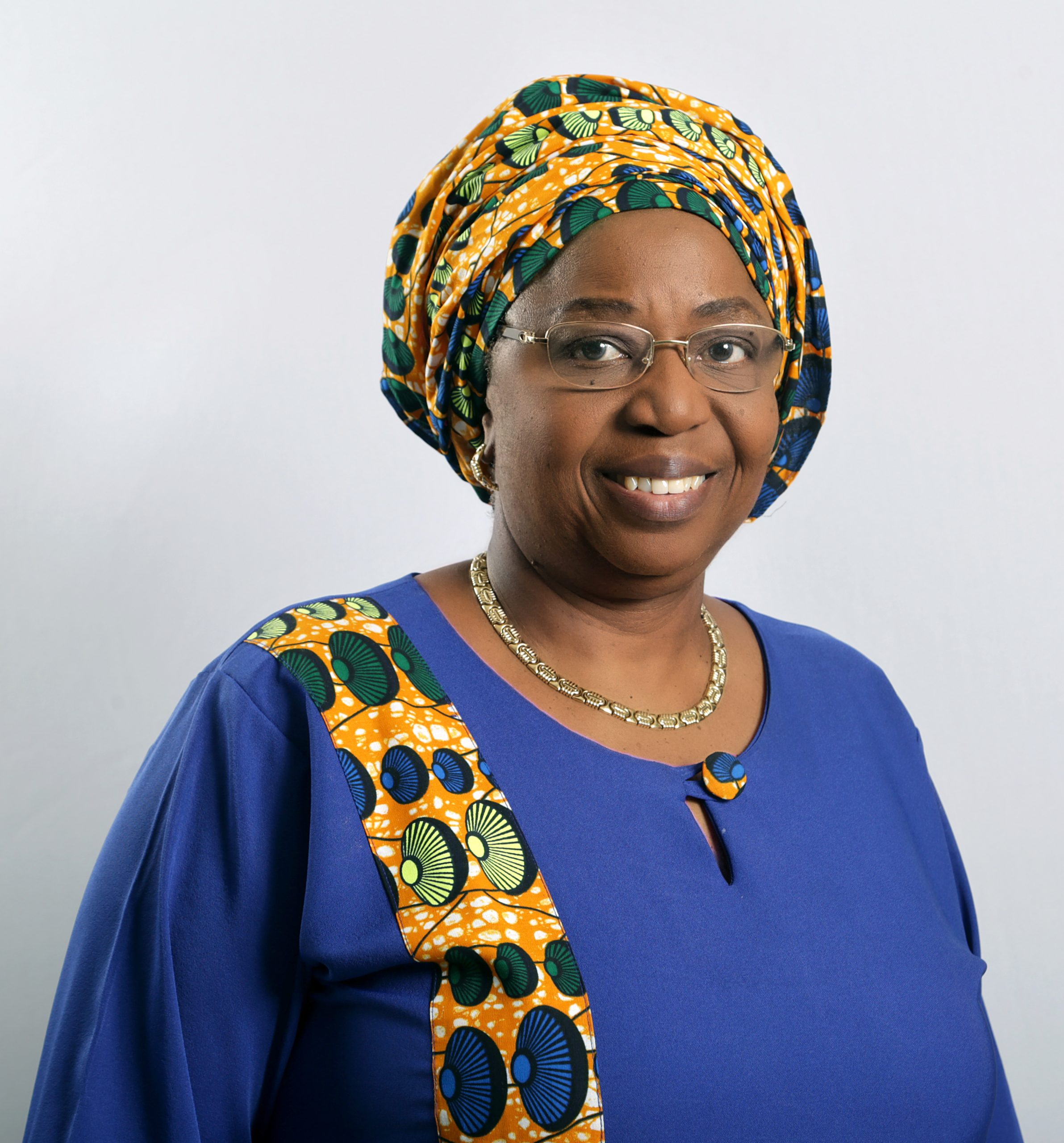 I am Professor Awa-Marie Coll-Seck and I Choose to Challenge. 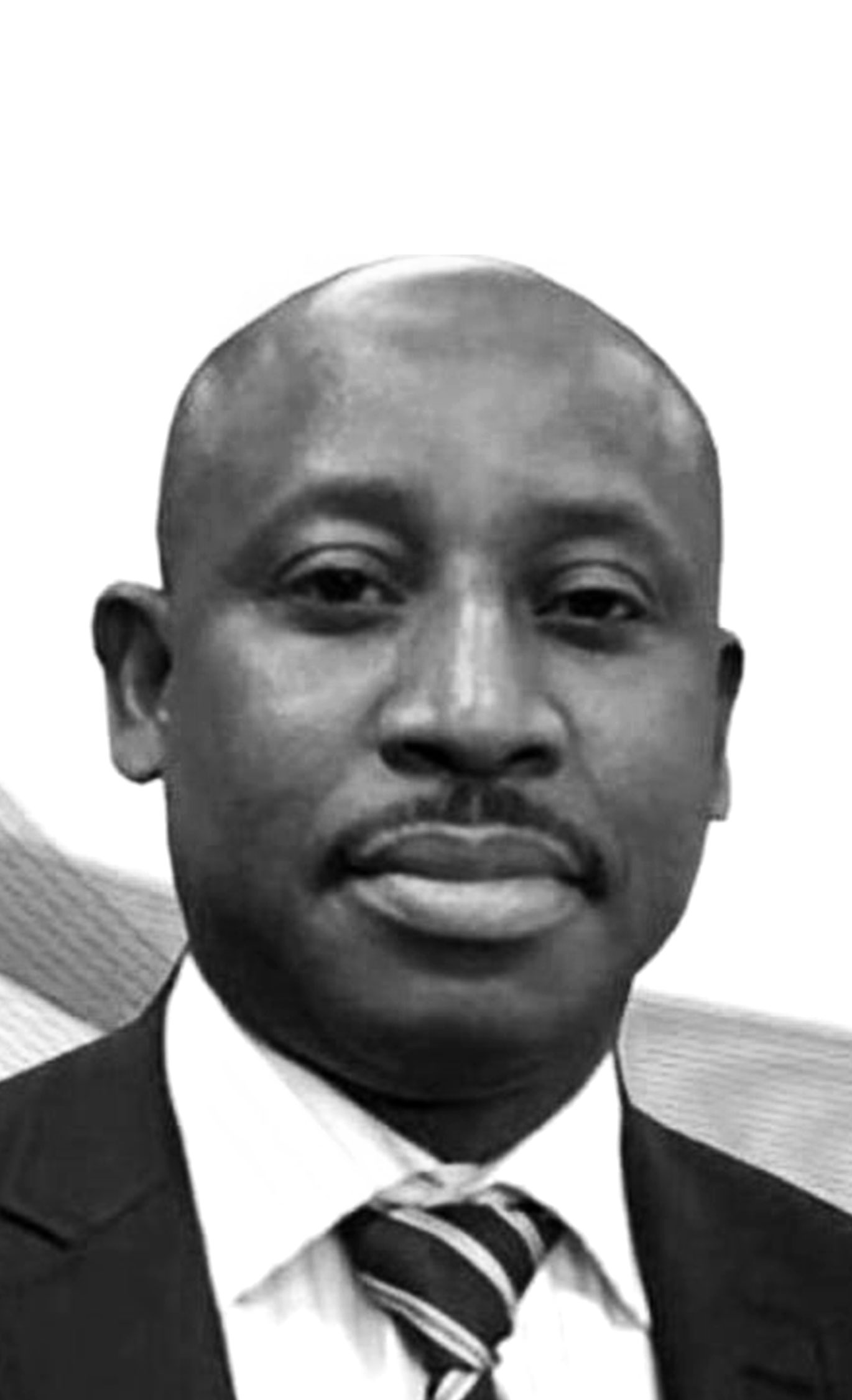 Dr. Meseko has over 20 years collective experience in the pharmaceutical/nutrition Industry and infectious disease research and control, working in across both private and public sectors, as well as academia. Through the application of epidemiological, classical and molecular virological skills, he investigates viruses of both economic and public health importance to mitigate the impacts on people, animal and the environment, in the context of « One Health ».

Dr. Meseko’s scholarship and expertise is recognized at national and international levels, having consulted and executed projects for disease containment with WHO, FAO and OIE. His driving principle is the encapsulation of human, animal and environmental health as synergy in ONEHEALTH with profound impacts. 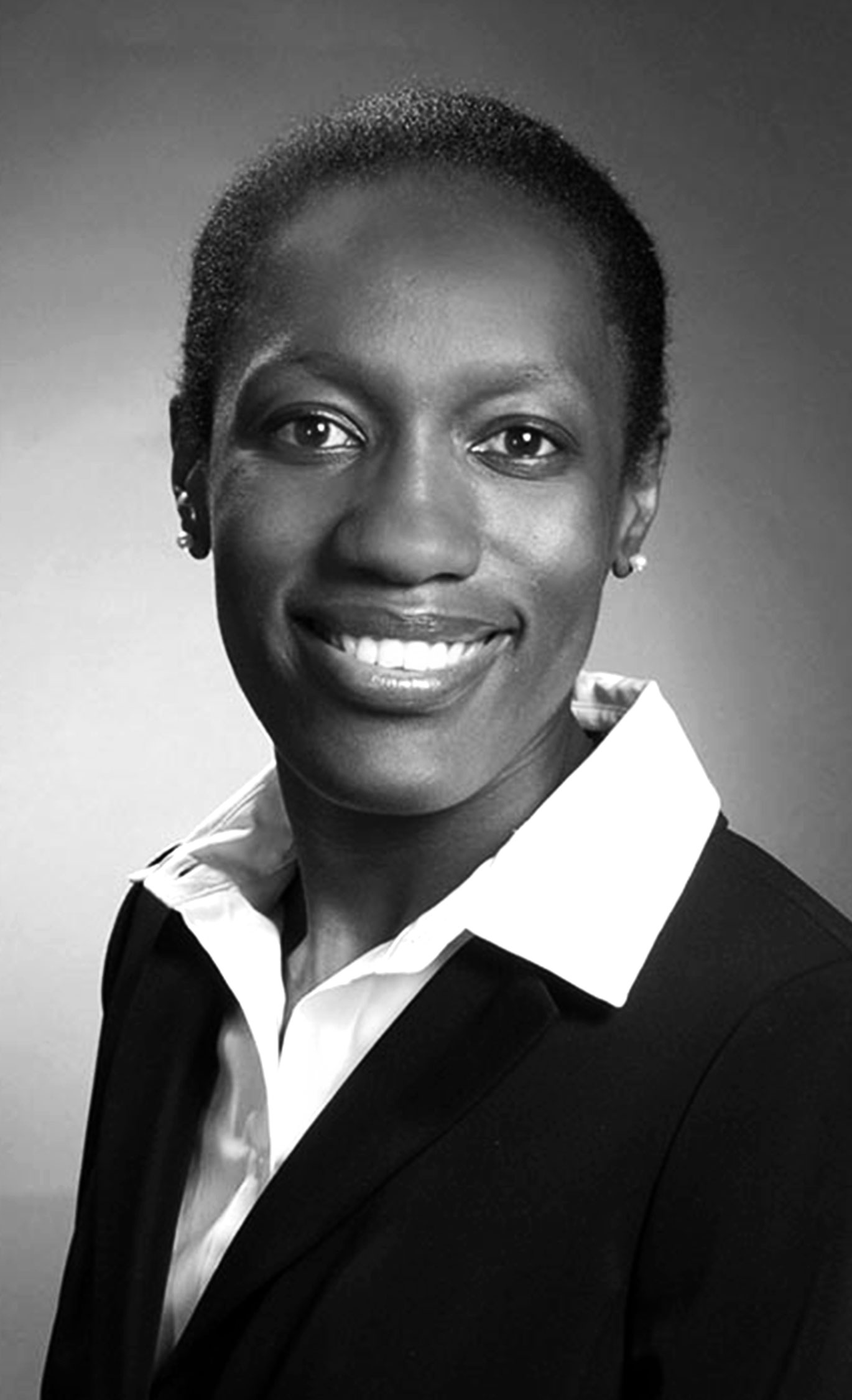 In Turkana, Kenya, she is mobilizing women leaders to tackle the persistently elevated maternal mortality that is disproportionately affecting adolescent girls. These activities are key to the global conversations on health leadership as a mechanism for improved health, social cohesion, and inclusive economic development. She is Founding Director of the Surgical Systems Research Group based in Kisumu, Kenya. She is committed to global health equity and improving access to surgical care as a pathway to rapidly achieving Sustainable Development Goals by 2030. She is actively involved in the Global Initiative for Children’s Surgery. She is committed to youth in Africa and recently launched leadership training bootcamps for young girls aspiring to be leaders in health, technology, and science. There are plans to hold these leadership training bootcamps in Kakuma in 2020. She was named a Young Global Leader by the World Economic Forum in 2017, and was recently appointed as the focal point for the World Health Organization Programme in Emergency and Essential Surgical Care.

She is currently leading a Wellcome Trust funded integrated community and health systems based COVID -19 health intervention in Siaya, Kenya. 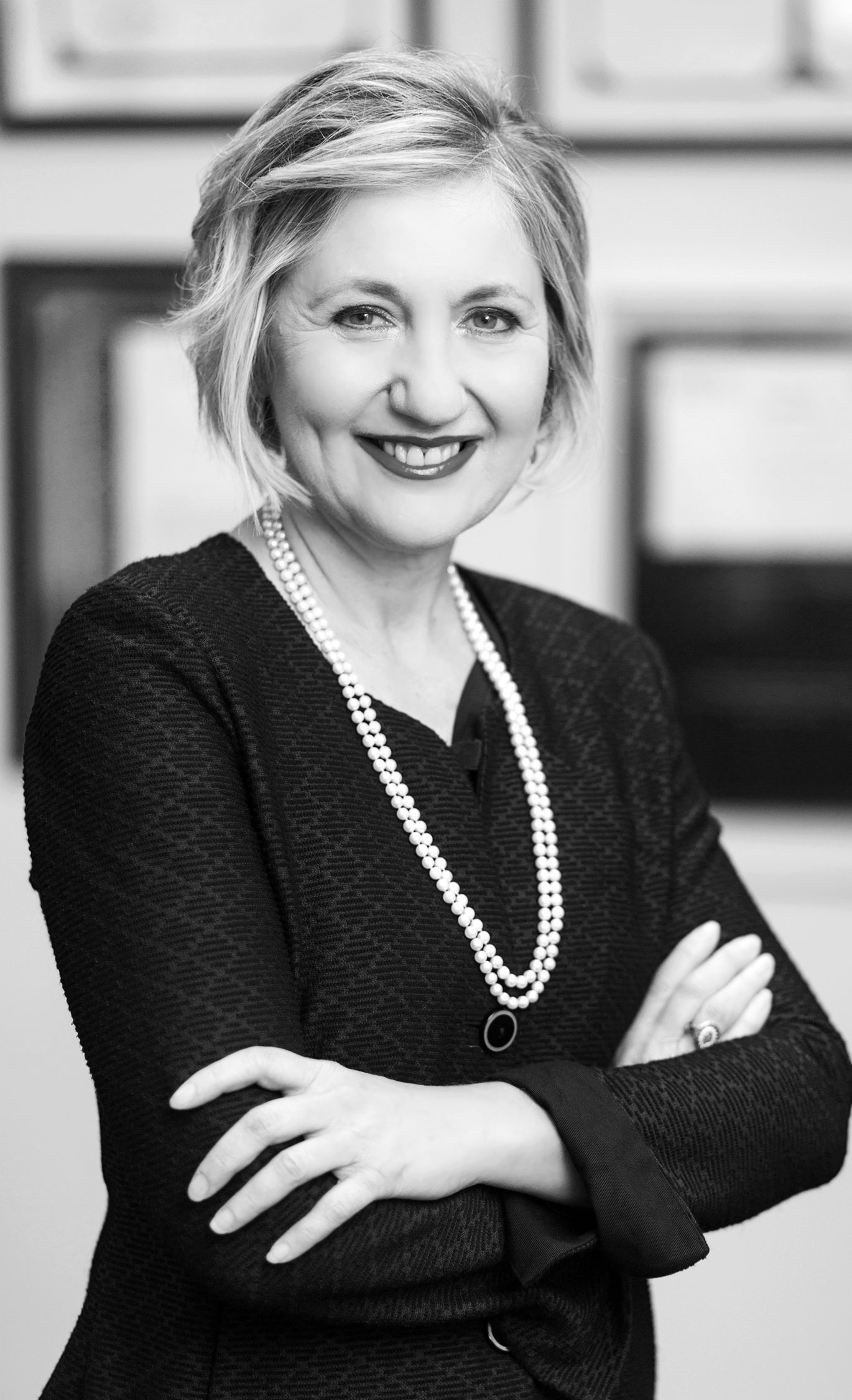 Professor Glenda Gray is the President and CEO of the South African Medical Research Council (SAMRC). She is the Chair of the Research Committee on COVID-19, bringing together scientific evidence and experience to the Minister of Health and the National Coronavirus Command Council. Gray spearheads the SAMRC funding broadly and for COVID-19.

Gray studied medicine and paediatrics at Wits University where she remains a Professor: Research in the School of Clinical Medicine. A National Research Foundation A1-rated scientist, Gray is world-renowned for her research in HIV vaccines and interventions to prevent mother to child transmission of HIV. She co-founded and led, with James McIntyre, the globally eminent Perinatal HIV Research Unit at Chris Hani Baragwanath Hospital in Soweto.  For this work, she and McIntyre received the Nelson Mandela Health and Human Rights Award in 2002.

She is co-Principal Investigator of the National Institutes of Health-funded HIV Vaccine Trials Network (HVTN) and directs the programme in Africa. Amongst many others, Gray’s accolades include the Hero of Medicine Award from the International Association of Physicians in AIDS Care, and the Outstanding Africa Scientist Award from the European and Developing Countries Clinical Trials Partnership. 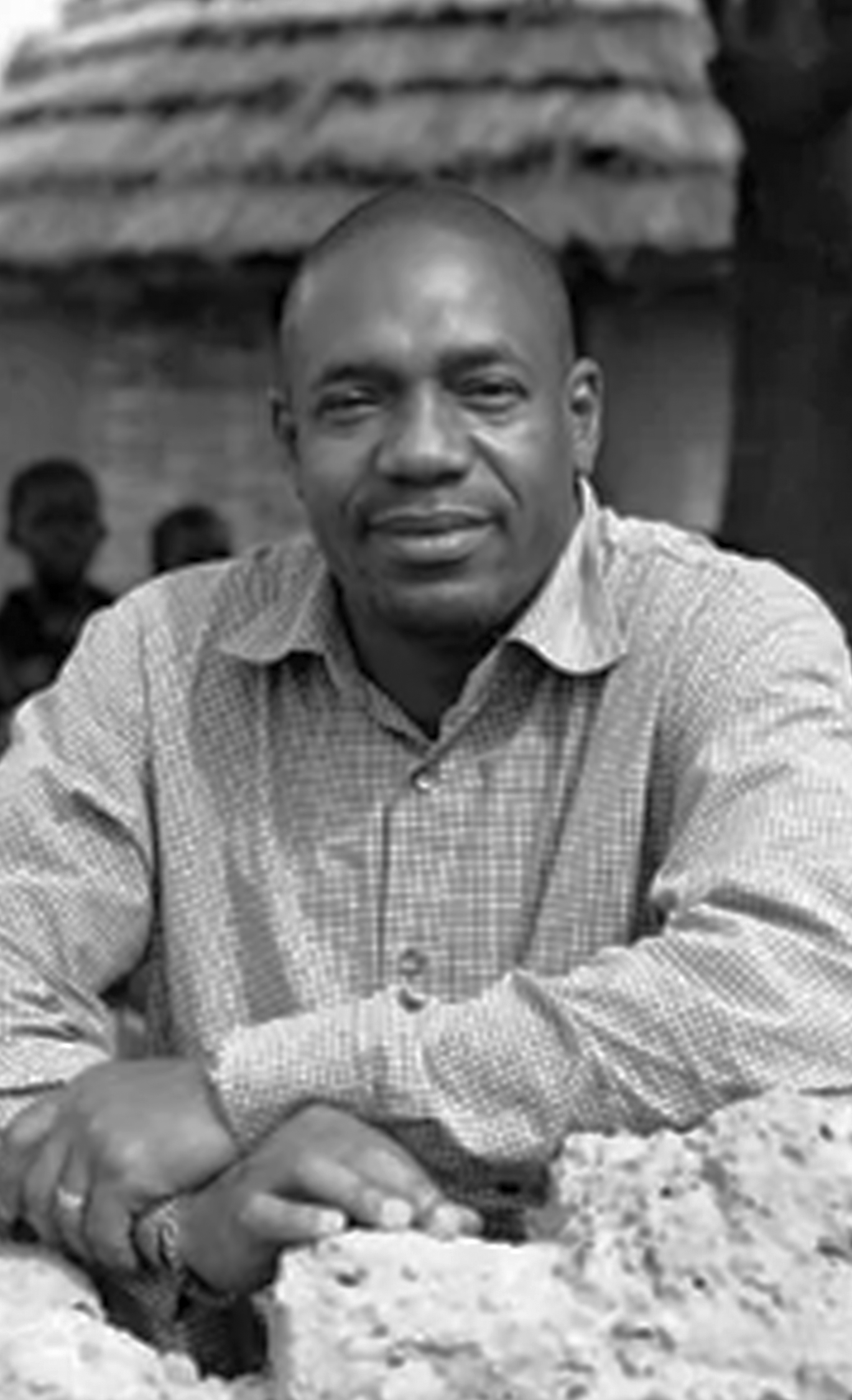 Director General of the Center for Vaccine Development (CVD), Ministry of Health, Mali

Professor Samba Sow is a former Minister of Health for Mali and currently Director General of the Center for Vaccine Development (CVD), Ministry of Health, Mali. In 2020, he was appointed by the Director General of WHO as one of six Special Envoys to WHO on COVID-19, to provide strategic advice and high-level political advocacy and engagement in different parts of the world. He also holds a faculty appointment as Professor at the University of Maryland, Division of Geographic Medicine. He has been Director of CVD-Mali since its inception in 2001.

During his career, he has made substantial contributions to basic vaccinology, bacterial pathogenesis, clinical research, field epidemiology and public health policy in Mali and in Sub-Saharan Africa. Professor Sow is an Honorary International Fellow of the American Society of Tropical Medicine and Hygiene (FASTMH).

Professor Sow has received the Prix Laviron de Médecine Tropicale, the Commemorative Fund Lectureship of the American Society of Tropical Medicine and Hygiene, and was also named to the rank of Officer of the National Order of Mali, by President Ibrahim Boubacar Keita, for his efforts in controlling outbreaks in the country. He has authored and co-authored more than 90 scientific articles and chapters. 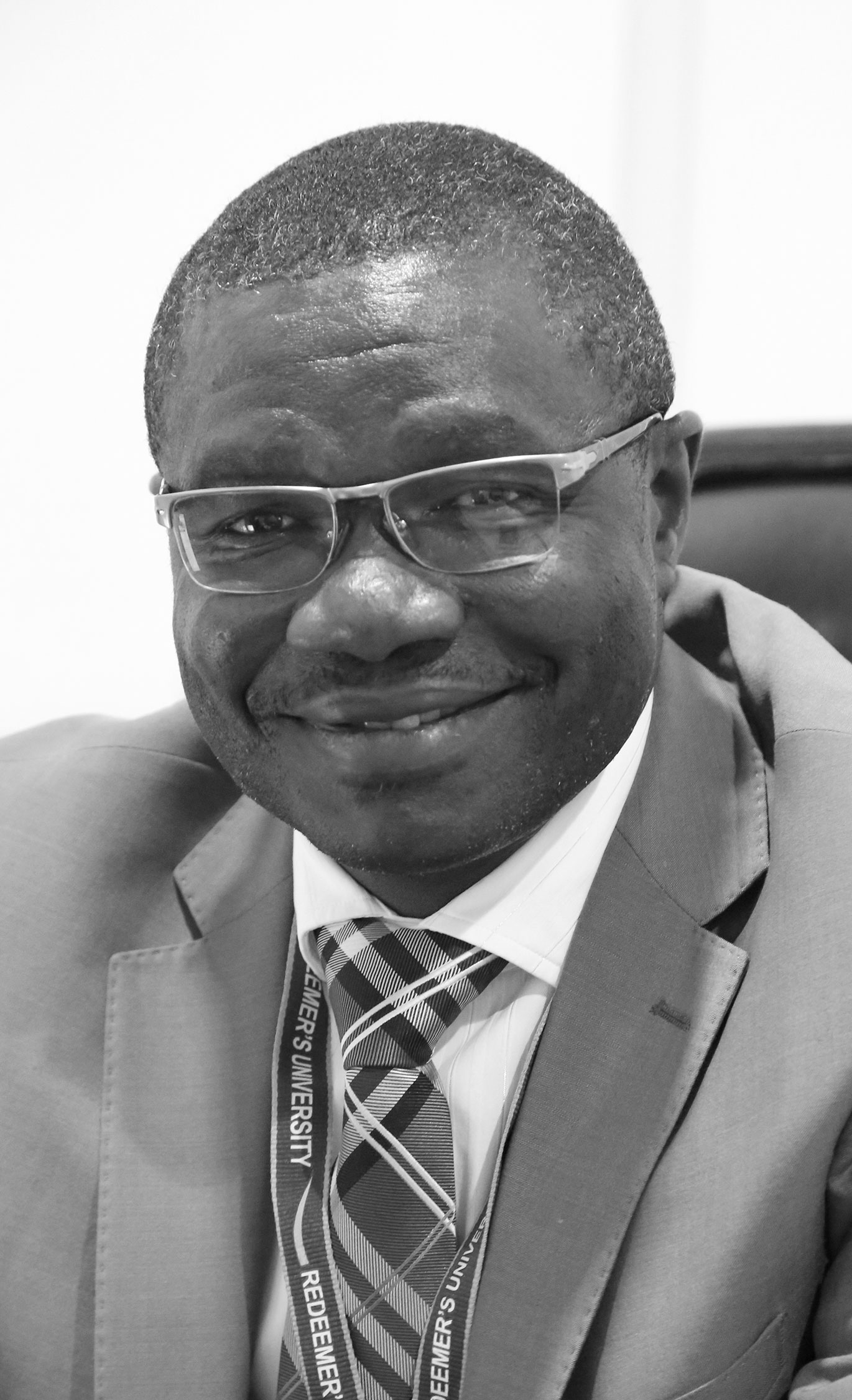 Christian T. Happi is a Professor of Molecular Biology and Genomics and the Director of the World Bank-funded African Centre of Excellence for Genomics of Infectious Diseases (ACEGID), Redeemer’s University, Ede, Nigeria.

Following his first degree from the University of Yaounde, Cameroon, he proceeded to the University of Ibadan, Nigeria, where he obtained Master of Science and Doctor of Philosophy in Molecular Parasitology. He completed his postdoctoral training at Harvard University.

He is passionate about building the capacity of young Africans, preparing them to use advanced genomics tools and techniques for high-impact research for Africans and for humanity. He leads the ACEGID team and partners in working with national health institutions in Nigeria and other West African countries on surveillance, diagnostics and management of infectious diseases. Christian diagnosed the first case of Ebola in Nigeria in 2014 within 48 hours, a feat that helped in the early containment of the disease in Nigeria. In 2020, his team sequenced the first genome of the SARS-Cov-2, causing Covid-19 in Africa, within 72 hours of receiving the sample.

His accolades include the Merle A. Sande Health Leadership Award; the Award of Excellence in Research from the Committee of Vice-Chancellors of Nigerian Universities; the 2019 Human Genome Organization (HUGO) Africa Prize, the 2020 Bailey K. Ashford Medal, among others. 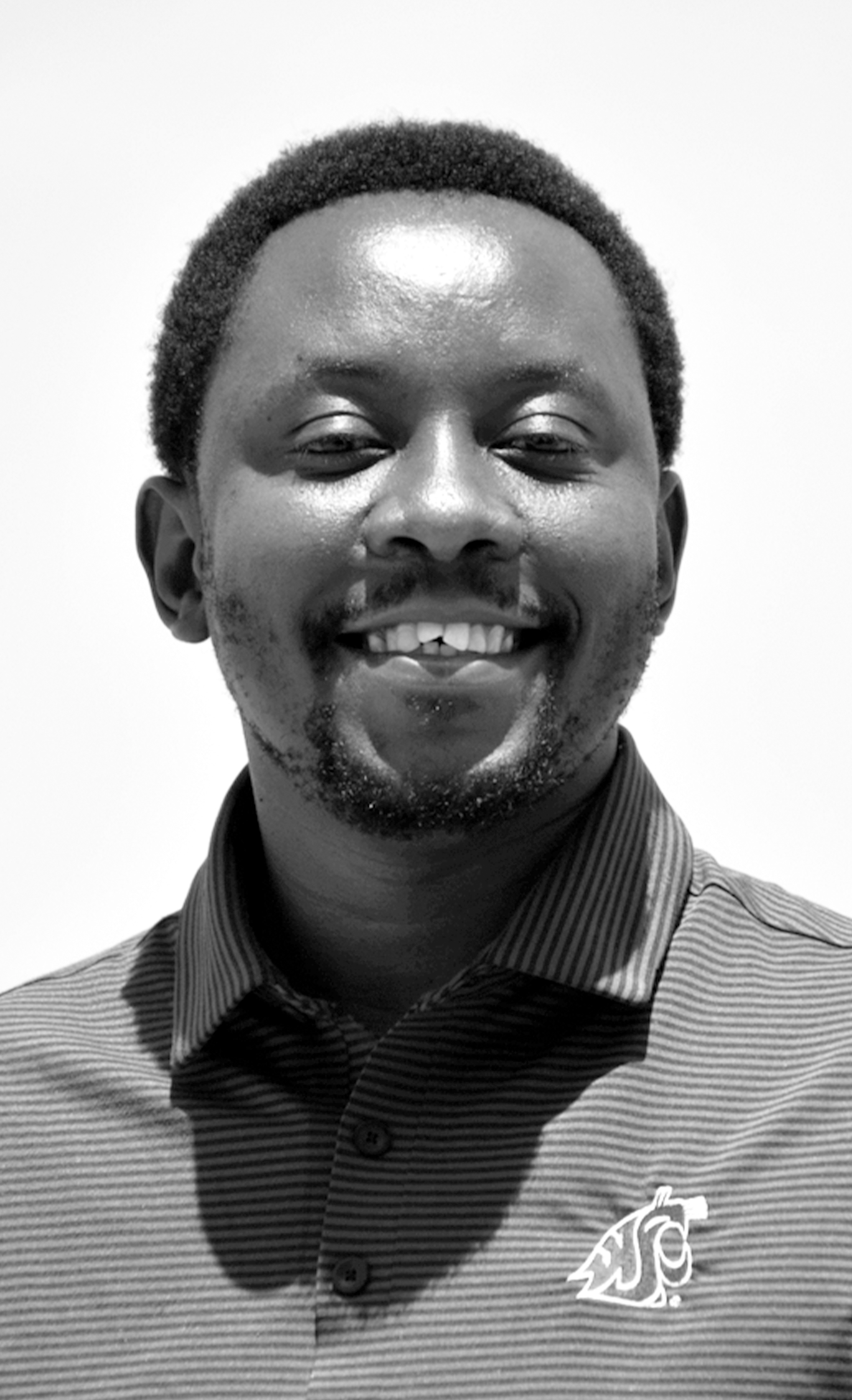 Thumbi Mwangi is an infectious disease epidemiologist using applied epidemiological modelling and data science to improve the speed and quality of policy decision making in human and animal health. He trained as veterinarian at the University of Nairobi (2005) and received a PhD in Infectious Disease Epidemiology from the University of Edinburgh (2012).

His current research focuses on implementing research for the elimination of dog-mediated human rabies, syndromic surveillance for early detection of zoonotic spillover, understanding transmission and control of zoonoses, livestock interventions for improvement of human nutritional status, and more recently transmission dynamics and control of SARS-CoV2 in Kenya.

Based in Nairobi, Thumbi holds the positions of Senior Research Fellow at the University of Nairobi Institute of Tropical and Infectious Diseases, Associate Professor at the Washington State University Paul G Allen School for Global Animal Health, and the Chancellor’s Fellow in Global Health at the University of Edinburgh. He is an Affiliate Fellow of the African Academy of Sciences, and the South African Centre for Epidemiological Modelling and Analysis. He is the Director of the Feed the Future Innovation Lab for Animal Health – focused on vaccines, diagnostics and animal health innovations that improve household economics and human nutrition, and co-directs the Centre for Epidemiological Modelling and Analysis, University of Nairobi that uses data-driven approaches to control infectious diseases and improve health in Kenya and the region.

His research has resulted in invitations to serve in advisory committees locally and internationally. Nationally, he serves as the Chair of the National COVID-19 Technical Committee on Modelling advising the Kenya government on responses to the pandemic, member of Kenya’s Zoonotic Technical Working Group, and as a member of the National Rabies Elimination Coordination Committee charged with oversight of the implementation of the rabies elimination strategy for Kenya. Internationally, he is a member of the Technical Review Committee of the African Union Africa Risk Capacity – epidemics and outbreaks program, Chair of the United Against Rabies Working Group on effective use of vaccines, medicines, tools, and technologies. He has served as a member of the World Health Organization (WHO) rabies modelling consortium, and a member of WHO Rabies Expert Group. 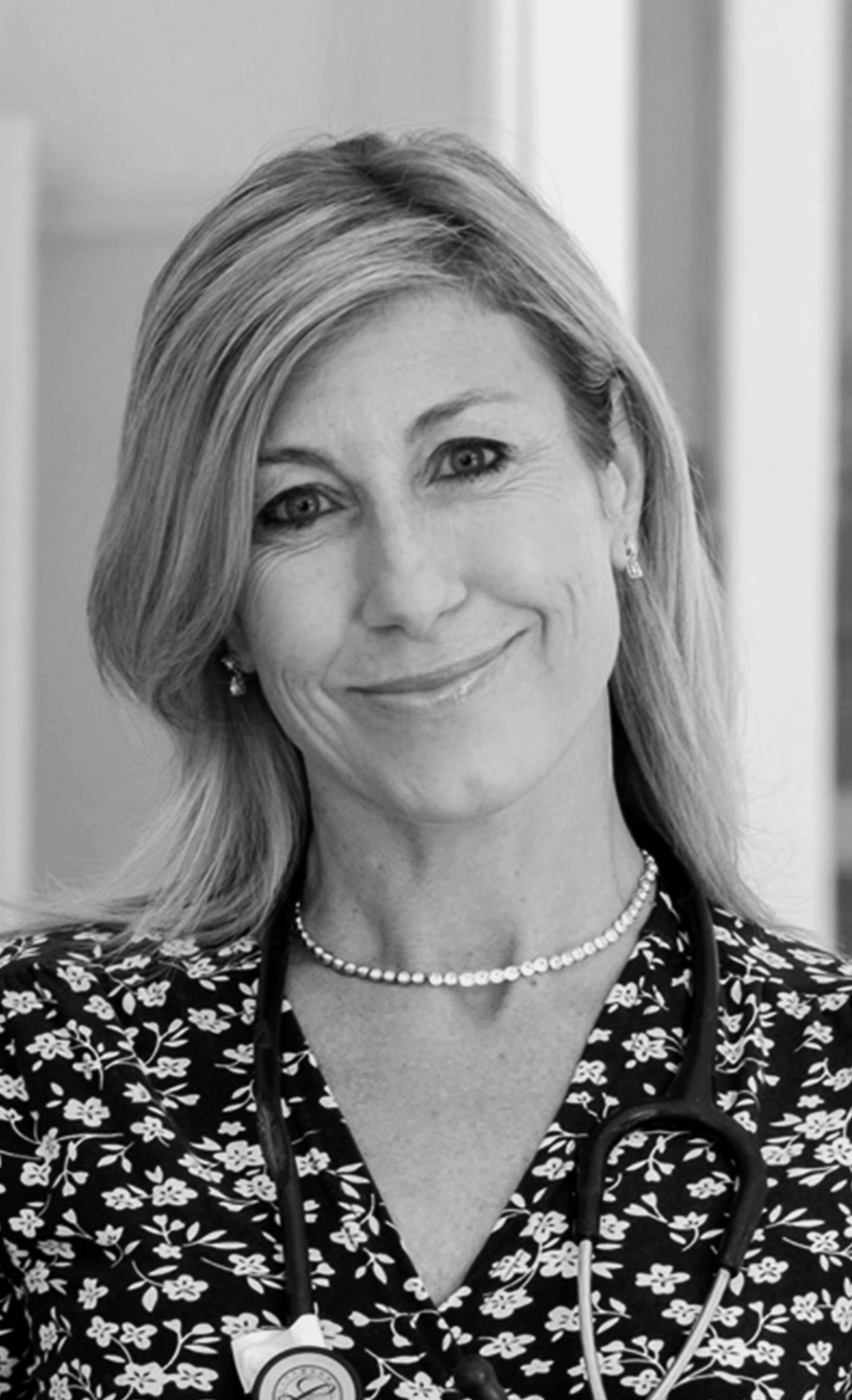 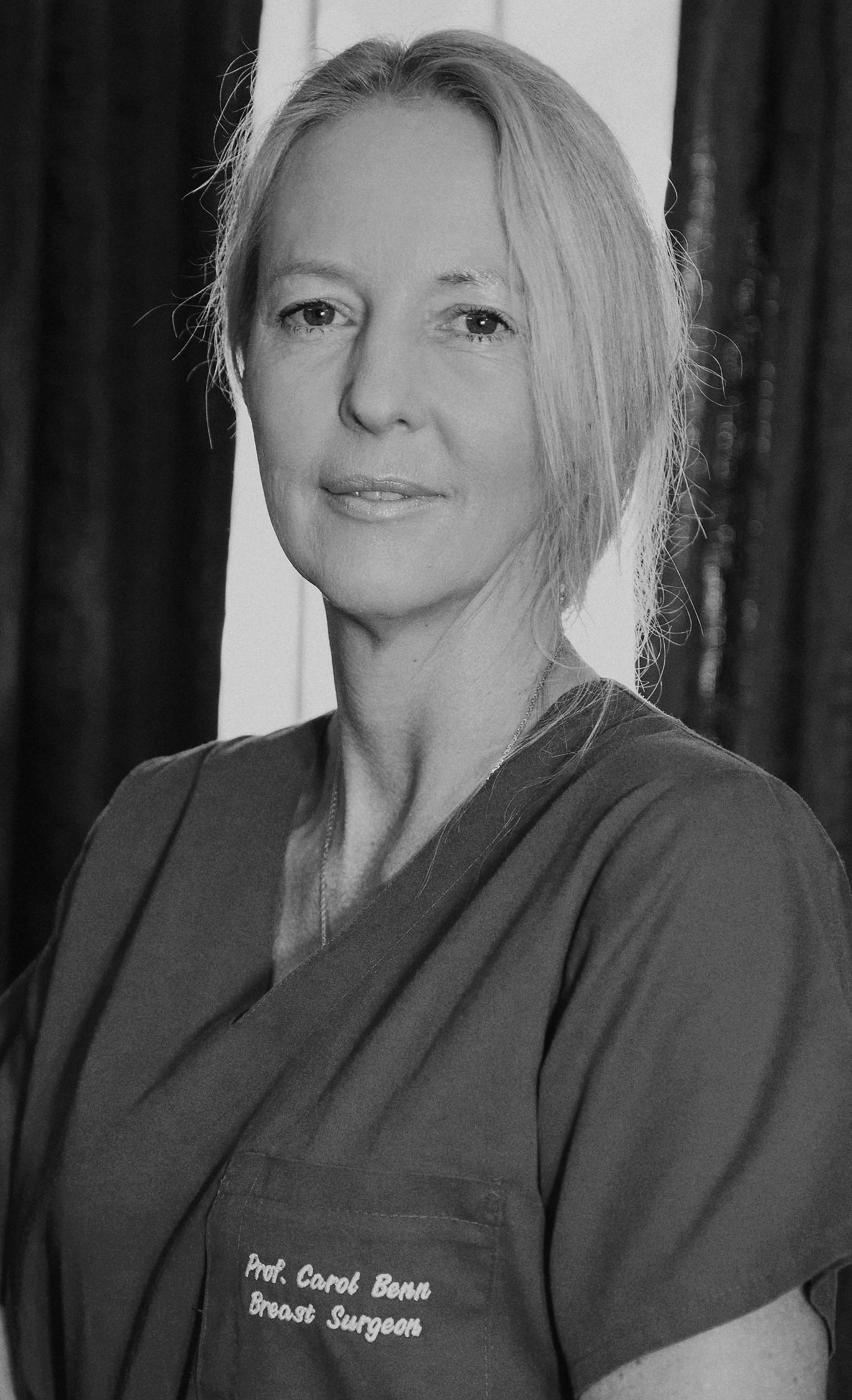 Fellow of the College of Surgeons of South Africa

Prof Carol-Ann Benn is a Fellow of the College of Surgeons of South Africa with a special interest in Breast Disease. Her capacity as Head of the Breast Unit of Helen Joseph Hospital proves her commitment to clinical excellence in this medical speciality. Prof Benn is recognised internationally as a leader in breast disease, thanks to her numerous published and presented contributions. As a lecturer in the Department of Surgery at the University of the Witwatersrand she also contributes towards the education of healthcare professionals.

By mobilizing foreign and private funding, Prof Benn has established the Breast Health Foundation, various breast health care forums and outreach programmes. Prof Benn has also paved the way for the improvement of women’s health care, contributed towards the uplifting of women in society and has opened channels for public awareness of breast health through representation on numerous Medical Boards and Health Care Committees.

Prof Benn established the Netcare Breast Care Centre of Excellence at the Milpark Hospital, Johannesburg, which co-ordinates national efforts for the specialised management of breast conditions to all women. This is the only internationally accredited unit in South Africa with N.APBC accreditation. In addition to her positions of responsibility, Prof Benn manages ongoing research and research output. Numerous awards testify to her esteemed position in the medical field and in South African society.